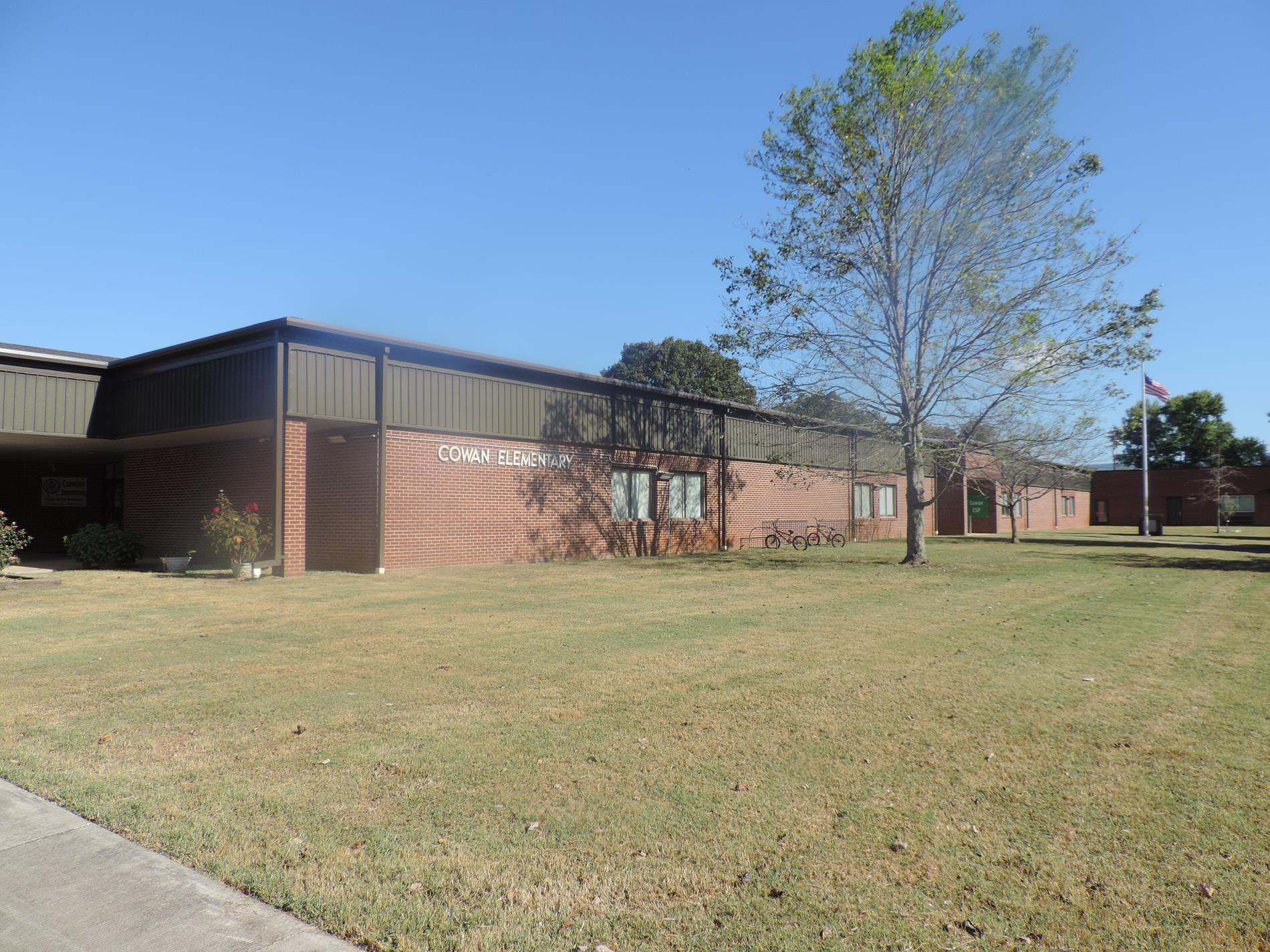 The first school believed to have served the Cowan community was the Acme Academy.  It was in operation during the early 1890's and was believed to be a private school in the beginning.  It later became a public school called Cowan School and was located where the Cowan Cumberland Presbyterian manse now stands.

In 1922 the people of Cowan saw a need for a new school building because of overcrowding and the dilapidation of Cowan School.  On July 3, 1922, the School Board of the Cowan Academy Special School District agreed to assume and pay bonds issued by the Town of Cowan   in the amount of twenty thousand dollars.  The new school was to be a two-story brick building located on Cumberland Street.  In the beginning, our present school was a city school made possible by the people of Cowan.  Cowan Public School was completed in 1922, and the first principal was Gaylor Crownover.

Cowan Public School provided a free education for students in grades one through eight, with the exception of a fee for textbooks.  Students wishing to complete the ninth and tenth grades had to pay a tuition for private education.  Because there was not enough money to complete the building project, the school, property, furniture, fixtures, and equipment were deeded to the Franklin County Board of Education on September 29, 1934.

When the school was declared a fire hazard by the state fire marshal in the spring of 1982, all classes held on the second floor of the building had to be relocated to the gym or a portable classroom.  Classes held on the ground floor of the building were allowed to remain where they were.  Construction of the new school was begun after school was dismissed for summer vacation in 1982.  The gym and cafeteria were not demolished, but were renovated.  For the next two and a half years, Cowan Elementary students and faculty were housed at South Junior High.  Classes were held in vacant rooms and portables there.  Classes in the new Cowan Elementary School began in January of 1985.  An open house for the community was held in April of that year.

Six new classrooms were built at Cowan Elementary during the 1997-1998 school year.  The playground was renovated in 2001.

Within the first two weeks of school, a Parent and Family meeting will be held to inform parents of all services available at Cowan Elementary School including federal programs.

A description of the Title 1 program, date and time of the system-wide Advisory Council Meeting and description of parent involvement activities will be discussed.  Parents will be invited to serve on the school’s Parent/Guardian Advisory Team.  This team will consist of at least three parents.  These parents will work with the school’s Leadership Team, which will be chosen by the principal.  The Title 1 Director/Coordinator will serve on this team.  Members of this team will represent Cowan at the system’s Title 1 Parent Advisory Council.  This team will also be responsible for revising and updating the Parent Involvement Policy.  Dates and places of meetings shall be published in the system newsletter and during the annual meeting.

A Parent Survey will be distributed to all parents in the fall to determine the specific needs of CES.  Activities and programs will be planned to deal with priorities noted in the survey. The Title 1 Director/Coordinator, along with the Leadership Team will help plan and organize these activities.

A contract for the principal, parent, students and teachers that expresses expectations for all stakeholders will be signed and referred to often during the school year. Parent-teacher conferences will be available whenever a need is determined.  Progress reports will be sent home every three weeks to keep parents informed about academics. Report cards will be sent home every nine weeks. Samples of children’s work will also be sent home weekly in the Bulldog folder.

All parents can make suggestions in all facets of school programs via email, text or phone calls. Due to the Covid-1 Pandemic, visitors to the school will be limited.

Evaluations of school programs will be completed in the spring. At this time, suggestions may be made to revise and improve the programs for the following year.

Our school motto is “Together We Can” and the employees of CES realize the importance of collaborating and working with parents and the community for the best interest of our students.